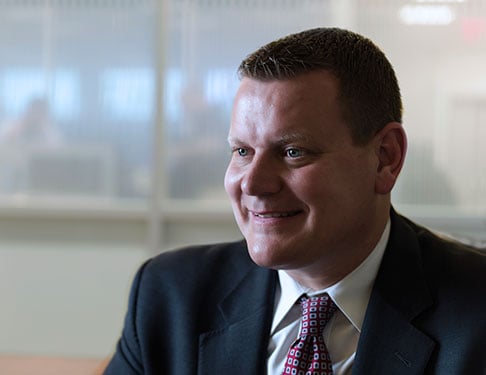 Mr. Goss has more than 25 years of a balanced mix of government, law enforcement and entrepreneurial leadership skills with which he directs MSA’s Business Development Initiatives and Diversification Goals. In addition to broad industry experience, Mr. Goss has an extensive Technical Canine background. Prior to joining MSA in 2015, Gerald served on the Executive Management Team at Triple Canopy as the Vice President of Business Development where he led and directed all law enforcement, commercial and defense business development initiatives. Prior to that Gerald instituted over four and a half years of best practices while serving in the roles of Deputy Program Director and Operations Manager in support of Intelligence, Asymmetric Warfare and Counter Narcoterrorism programs at TASC/ Northrop Grumman. During this time, he led multiple programs and captured new business while providing oversight to a wide array of global mission support IDIQ contracts and task orders supporting CENTCOM, NORTHCOM, AFRICOM and SOUTHCOM initiatives.

Gerald serves as the Chairman of the Board for the International Stability Operations Association (ISOA) and provides support to a large network of defense, intelligence, law enforcement and industry-wide professionals in addition to having firsthand experience managing programs and leading teams on the ground in Iraq, Afghanistan, Honduras and other locations. Gerald has served as a certified law enforcement officer and completed Cornell University’s High Performance and Executive Leadership programs. He previously attended the Department of Energy (DOE) Nonproliferation and National Security Institute (NNSI) while working at the DOE and is an honorably discharged veteran of the United States Marine Corps.