on a homemade device, causing an explosion. The New York City Police Department (NYPD) tested the debris, finding traces of TATP. Although authorities are still unsure of who mixed the TATP and placed it in the park, the following are some facts on TATP:

The threat of explosives is ever changing. MSA’s highly-acclaimed Explosive Detection Canine (EDC) program is consistently evaluated to meet the highest level of performance standards and market distinction. MSA is the largest private provider of EDC teams in America and the only private company that imprints and trains its canines on all five families of explosives AND homemade explosives (HMEs) like TATP.

The FBI and Department of Homeland Security issued these cards to show awareness to peroxide products. 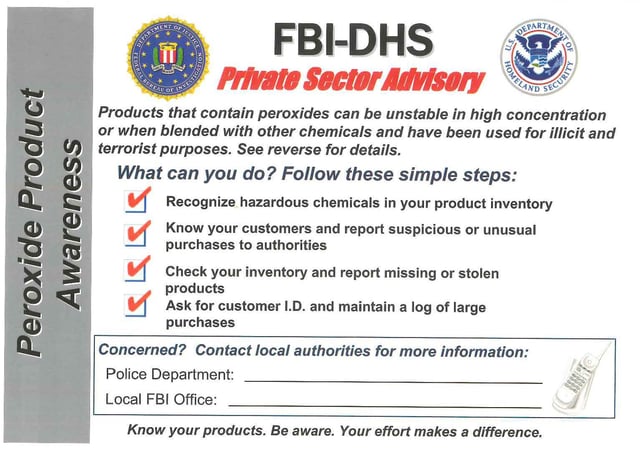