U.S. intelligence officials are reportedly concerned over the recent string of al Qaeda threats against the U.S. and western targets in Europe. Over the past six months, several branches of the al Qaeda franchise appear to have shifted their focus to targets within the U.S. The new 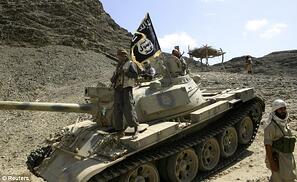 development is a significant departure from previous assessments, which indicated the group was looking to attack U.S. and western assets abroad as they lacked the capability to breach security on U.S. soil.

Al Qaeda in the Arabian Peninsula (AQAP), al Qaeda in Pakistan and militants returning from Syria present the greatest threat to the homeland. In recent weeks, there has been a “credible threat stream” from AQAP, following joint U.S. and Yemeni military operations. The threat of retaliatory attacks has led to the temporary shutdown of the U.S. Embassy in Sana’a. Although the group typically targets western and government entities within Yemen, they are the most operationally active arm of the al Qaeda franchise and have attempted to carry out attacks on American airliners in the past.

In Pakistan, al Qaeda core also appears to be mobilizing militants to carry out external operations in the west. The group has been unable to self-generate a sizable attack in the west in 13 years, but they are now believed to be taking steps to place operatives in the U.S. and Europe. Additionally, they are eager to support single actors and small groups.
Extremist rebel groups operating in Syria also now aim to expand their reach outside of the region. The concern is that foreign fighters returning from Syria will carry out attacks in their home countries. Furthermore, there are hundreds of fighters in Syria with western passports, who have easier access to the U.S. and Europe and could travel to the region to carry out attacks without attracting attention. Specifically, in the U.S. and Britain, authorities are currently attempting to track and assess the threat from the returnees.