Around 9:20am local time, a gunman entered Terminal 3 of Los Angeles International Airport (LAX) and opened fire, killing a Transportation Security Administration (TSA) official and injuring seven others. Federal officials identified the suspect as 23-year-old Paul Ciancia of Los Angeles. According to authorities, Ciancia pulled an assault rifle out of his bag on the ground floor of the terminal and began shooting. He then moved to the 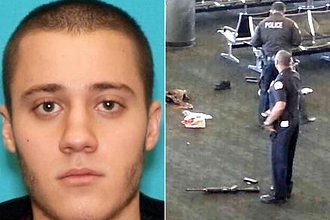 screening area and continued to fire rounds, which enabled him to pass the security checkpoint. Authorities shot and injured Ciancia near a Burger King further into the terminal, and the suspect was taken into custody.

The Los Angeles Fire Department announced it had treated seven people at the scene, and six people were transported to local hospitals. In addition to the TSA officer that was killed, at least three other TSA employees were injured. The incident immediately prompted evacuations, street closures and a ground-stop order for all incoming flights to LAX. As of 1:30pm local time, the official LAX Twitter account reported that arriving flights already in the air are either landing at LAX or diverting to other local airports. Individuals with flights leaving from LAX this afternoon have been told to contact their airlines directly regarding delays or cancellations.

The MSA Research and Intelligence Analysis Group is monitoring this situation closely and has identified the following implications: