The Active Shooter: A Trend on the Rise

A Trend on the Rise:

There have been a number of recent high profile active shooter events which have dominated the news media and captured the public’s attention. Recent incidents occurring at the Washington Navy Yard, the Los Angeles Airport, and the Garden State Plaza Mall in NJ have rightfully garnered a lot of attention. The attention has shifted to concern that Active Shooter incidents are on the rise. In October, the US Attorney General, Eric Ho 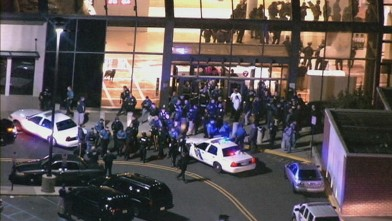 lder stated that both the number and the lethal nature of active shooter incidents nationwide have soared over the past five years; while across the US, municipalities have touted the downward trend in violent crime.

A Look at The Numbers:

Why is this trend increasing, and what is the reason for this phenomenon?

One could make the argument and place the reasoning on the exposure to violence on TV, the wanton violence in video games, or even the breakdown of the moral fiber of society. In addition to these and other factors, there appear to be aspects that stand out and have a significant influence on the increase of active shooter incidents.

As a society we’ve become very dependent on the availability of information, news or otherwise. News media outlets provide extensive coverage of an active shooter event, and rightfully so. The public has a right to stay informed of significant events that effect their lives and safety. Herein lies the predicament. It appears a significant number of perpetrators of this horrendous act, have had mental issues requiring psychological mediation and the use of medication. These disillusioned culprits seem to think that shooting unarmed defenseless people is a viable option, and will somehow make their seemingly insignificant lives more noteworthy.

It is important that media outlets stick to reporting the story, not making these cowards out to have a somewhat “Rock Star” status after their reprehensible act. The news should keep on reporting the news, but identify these perpetrators for what they are—cowards that murdered defenseless people. If the news reporters take away the allure of recognition and replace that association with notoriety and infamy, we may start to see it the numbers decline.

When MSA Security began to see a rise in active shooter events, our Subject Matter Experts (SMEs) developed the MSA Golden 15, a concept that hinges on the fact that on average there are 15 minutes between the initiation of an active shooter event and the arrival of law enforcement personnel. MSA refers to this 15-minute window as the "Golden 15," and has developed a corresponding Golden 15 Security Checklist to help school officials prepare and respond to the active shooter threat.

MSA Security offers a full-day shooter response training course grounded in proven strategies to mitigate the threat of an active shooter, and provides security managers and decision makers with a turn-key solution. The Active Shooter Response Training provided by MSA focuses on the four common categories of violence and provides decision makers with strategies to identify and alleviate such occurrences.

For additional information or to talk to one of MSA's SMEs, Contact Us.