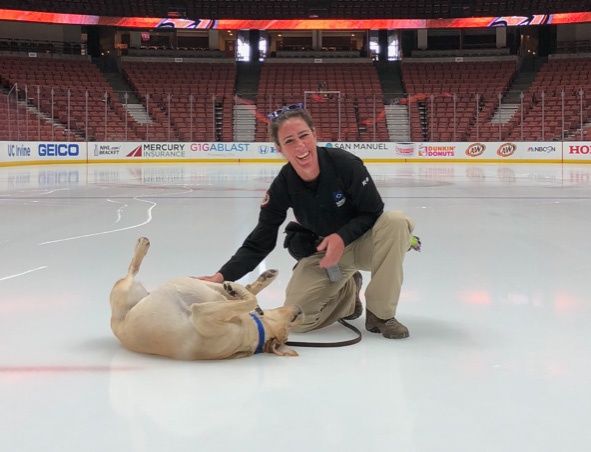 If you look, you can find MSA Security’s Explosive Detection Canine teams working and playing in all corners of the country. Taking to the west in Southern California, Heather Villegas and her Canine, Marta support clients in the Sports and Entertainment venues throughout Southern California. The pair has a close bond, and has been proudly representing MSA Security since October of 2017.

Heather has an extensive military background and is a veteran of both the Army and the Air Force. She retired at the rank E7 Master Sargent with the Security Forces Unit after 21 total years of service, and 3 years as a military canine handler. In both branches of service, Heather travelled around the world from: Camp Casey, Korea; Fort Benning, Georgia; Fort Richardson, Alaska; Minneapolis, Minnesota, and to the March Reserve Base in Riverside, California. Living in each of these places presented new challenges. Heather notes the biggest challenge that she faced occurred while she was stationed at Camp Casey, Korea as she had to assimilate to a new culture. In addition, Camp Casey is close to the demilitarized zone of North Korea and proved to be stressful at times. Aside from the natural stress factors presented in her day-to-day job, Heather faced the uphill battle of being a female in a nearly all-male career field. She always felt that her work was a little bit harder because she, unlike everyone else, constantly had to prove herself.

Heather’s military background was terrific preparation for her current canine handling role with MSA Security as she trained a German Shepard, a drug and patrol dog, when she was stationed in Alaska. She gained thorough knowledge of canine handling and explosive detection work, which was reinforced during training with MSA. During this training, Heather was paired with her current MSA partner, Marta, a 2 year old Yellow Lab. She differentiates the relationships that she has between Marta and other dogs that she has trained because her dogs in the military were kenneled each day whereas Marta lives with Heather and her family in Southern California.

Like most working dogs, Marta is trained for “food reward” work. This means she loves to work, nearly pulling Heather off the ground with excitement the moment she sees their work site. Marta is a very independent worker, is constantly sniffing everything, loves to eat, and exhibits a huge change of behavior whenever she detects anything while working. Heather and Marta love travelling to different venues for work because they get to see different parts of California such as San Diego, Los Angeles, and Anaheim; it makes each day of work exciting. Marta fits right into the Villegas family and loves to play with their Golden Retriever Poodle mix, Oscar, Heather’s children, and loves to stay by Heather’s side when they are off duty. As a family, they frequently visit the dog beach and the local dog park for fun. 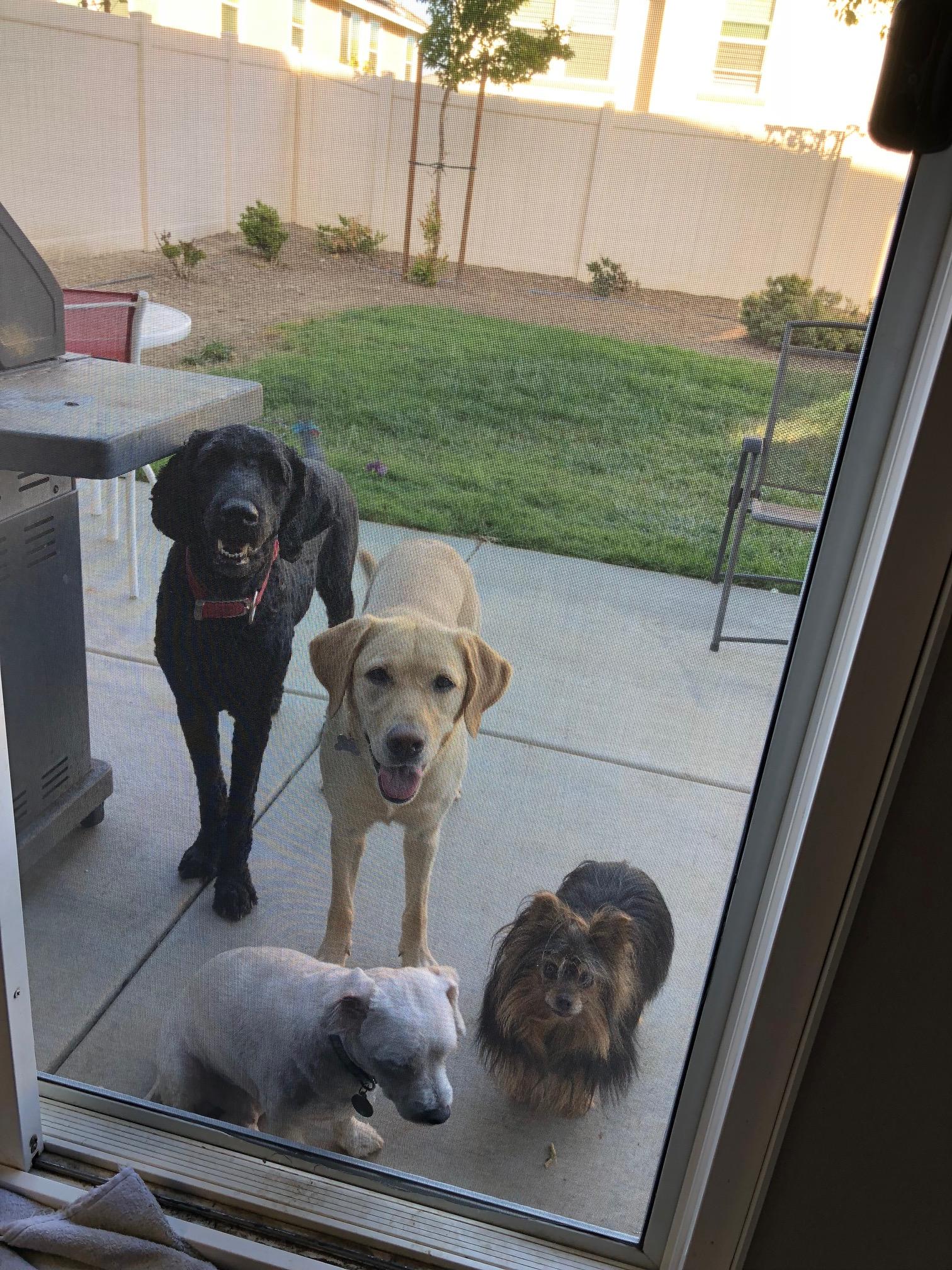