If you went to the AirCargo Conference this year, you may just recognize this team! Jim and Ure are stationed in Orlando, Florida and have worked for MSA for a year. They work weekly at an MSA contract location also as the team lead for a major sports venue in the Tampa area. 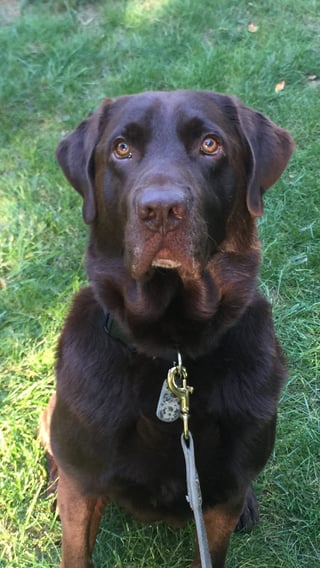 Ure is one of only 7 chocolate Labradors that work for us. His full name is Uran (pronounced YOUR-IN) but Jim gave him the nickname Ure (Yurie)… for obvious reasons. As a team they have traveled around the US for sporting events, concerts, and conferences. In the past year alone they traveled to over 10 cities, making multiple trips to some. 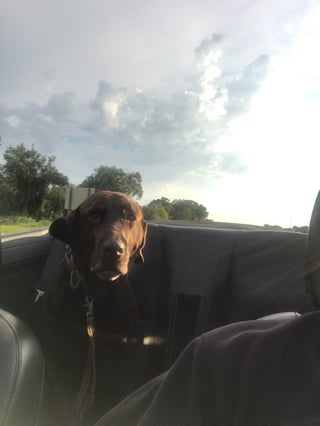 Jim retired as Chief of Police from a small law enforcement agency in Michigan after spending the majority of his career as a Sheriff's Deputy. He is also a US Air Force Veteran who was on active duty as well as member of the Michigan Air National Guard. After retiring Jim worked for the Walt Disney World Company and several other leading premier Security and Insurance organizations. Jim also managed security operations for Hard Rock Stadium, which houses the Miami Dolphins and the University of Miami football.

In his spare time, Jim enjoys scuba diving. He has been diving since he was 14. He was actually a fully certified Divemaster and a rescue and recovery scuba diver for the Sheriff's Department. For fun, he enjoys working on his 2011 Camaro SS convertible. Jim’s hobbies are one of the many reasons he and Ure get along - The two things Ure loves most are swimming and going for a ride in the Camaro. 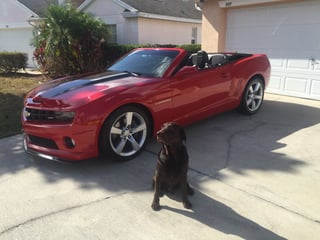 Jim says Ure was the hook for this job. It was an instant connection, and the best thing he has done since law enforcement. Jim and Ure are so close that Ure has separation anxiety every single time Jim leaves him home; he will lay by the door and wait anxiously for Jim’s return.

Like most Labradors in our company, Ure is a food reward canine, but he will do just about anything for his football. Jim has to replace Ure’s footballs about every 3 months because he winds up popping them and flattening them.

If you’re in the Orlando area keep your eyes peeled for these two! 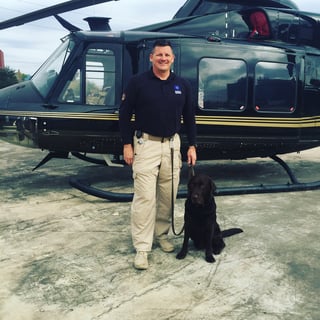