Michael Flynn - MSA's EDC handler has been working with his canine, Sarafina, for the past six months to ensure people's safety. The team shares a special bond with each other personally and professionally that has made Michael's experience with MSA deeply rewarding.

Michael says that his previous experience as a Petty Officer Second class and a Military Canine Handler for five and a half years has set him in the path of working with canines at MSA. Michael was stationed in Virginia and his role as a Military Canine Handler involved scouting, handling security details, on-site training, K9 bite work and explosive detection. His instinct toward handling canines goes back to his experience with his former patrol canine – a German Shepherd named Gerry. Gerry is a dual purpose canine trained for detecting explosives and apprehending suspects.

Michael’s time with Gerry was a great learning opportunity as the process of watching a dog and subsequently learning how their nose works, their behavior and how to handle them during work hours intrigued him. One of the regular challenges he faced as a Military Canine Handler was leaving Gerry and handing her over to another trainer at the end. As much as he cherishes his time with Gerry, Michael also admits that MSA’s approach with canine feels much more relaxed and personal as he gets to go home with Sarafina after work. 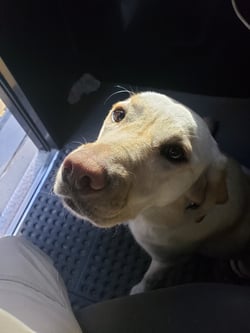 Work took Michael from Virginia to Greece and he spent a year and half training clients. He had difficulty training local forces due to language barrier and coping with living far away from family was difficult; nonetheless, he felt satisfied after teaching and learning from other people. “I learned from everyone around me”, Michael recalled. One of the highlights of his career was to work for the Greek ambassador, which got him a security pin as a token of appreciation. 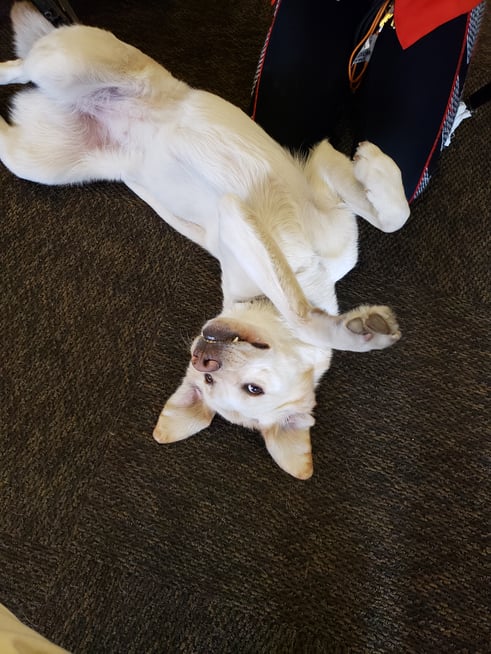 Sarafina is a 3-year-old Labrador Golden Retriever mix. She is a sweet, energetic canine and always ready to play with everybody outside of her daily work schedule. She went through the Windsor Training Course for 3 weeks and got trained as a “food-reward” canine. Her favorite activity is playing with the tennis ball. She will pop up to play when she hears a tennis ball, even while she is sleeping. On their days off, they equally share the joys of relaxing and going to the park. Michael and Sarafina have established a strong bond with each other in the past six months and that makes them a great team.