Rina and Victory are a new addition to MSA’s Explosive Detection Canine Program. They joined MSA in April of 2014, completing the training program in Windsor, together for the first time. They are currently stationed at the 9/11 Memorial Museum and the Staten Island Ferry. They also work special events on occasion, and were stationed at the Stanley Cup this past year.

Like many of MSA’s employees, Rina is well qualified for her position at the forefront of security as a military veteran. She joined the US Navy through the ROTC program while studying at Jacksonville University. Rina completed 5 years of active service, during which time she was stationed in the Mediterranean, and then in Japan through 2005. She credits her time in the military with developing her confidence and assertiveness. Rina is also an animal lover. She grew up with a Border Collie mix, Bonnie, for 15 years.

Immediately prior to joining MSA as a handler, Rina worked at the 9/11 Memorial Museum as a Visitor Service Host, where she met some of our EDC teams and learned about the company. Rina is excited about her new position. Though she and Victory have only been working together for 9 months, they have already established a strong working bond. She is pleased to be able to use the security perspective and experience she gained while in the military in her new role. “This job satisfies my need to offer a meaningful and constructive contribution to society, and has a high fun factor as well! I am glad to be a part of force protection at its best.”

At 2 years old, Victory is one of the younger dogs in MSA’s EDC fleet. She is an English Black lab. She graduated from the Puppies Behind Bars program, and like all of MSA’s EDC teams, Rina and Victory are DOJ NORT and NAPWDA certified. Victory has a sister, Sally, also one of MSA’s canines. Sally also works at the Staten Island Ferry, and the two are always thrilled to see each other. 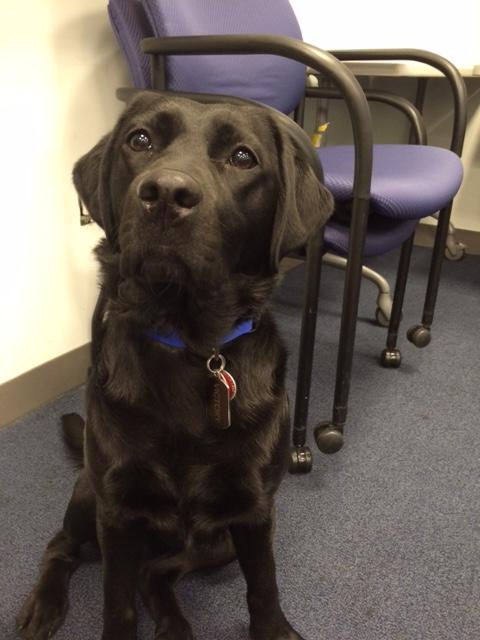 Victory and Rina spend their free time going on long walks in which Victory gets ample time to explore and sniff around. Rina takes her to the dog park at least once a week. Victory loves to tease the other dogs and have them chase her, because she knows she’s always the fastest in the park. She’s also learned some new tricks at home, and loves to earn her favorite treat: carrots!

Rina and Victory have been a great addition to MSA’s EDC team! They have many years and exciting posts ahead of them as a team.