Tony and Taft are one of MSA’s veteran Explosive Detection Canine Teams stationed at a large transportation hub in NYC. Tony, a New York City native, has worked as a handler with MSA for 11 years. 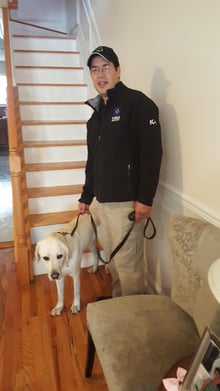 Tony and Taft, off to work!

Prior to joining MSA, Tony served out a distinguished 23 year career in law enforcement. He joined the New York City Transit Police in 1985, where he patrolled the Manhattan East side subway system. In 1993, Tony applied and was accepted into the Transit Rescue Unit. The unit responded to emergencies in the transit system which were beyond the scope of a patrol officer’s duties.

Shortly thereafter, in '95, the Transit Police merged with the NYPD. The Transit Rescue Unit became incorporated into the NYPD Emergency Services Unit. The units functioned similarly, and had the same mission, making the transition smooth. Tony worked out of Truck 1, which covered 59th street to the southern tip of Manhattan, from the East River to the Hudson. The Unit performed a wide variety of tactical, medical, and rescue responses. For Tony, the most satisfying of all his ESU responsibilities was talking down attempted suicide jumpers. “To save a person’s life is the most gratifying reward.”

The biggest challenge Tony faced while in ESU was 9/11 response. Though he was off that day, it wasn’t long before the phone rang and all NYPD units were mobilized. Tony reported for duty and was deployed to ground zero 9:00pm that evening. He immediately engaged in rescue activities which continued for several days, transitioning to recovery efforts in the subsequent weeks and months.

While working with ESU, Tony learned to take initiative. Whatever the scope of the problem to be addressed, ESU handles it. In particular, ESU responds to many suspicious package notifications. ESU then calls in and works with the bomb squad to respond to the situation. This experience prepared Tony for his current role with MSA, where he and his EDC are deployed to search for potential explosives on a daily basis. 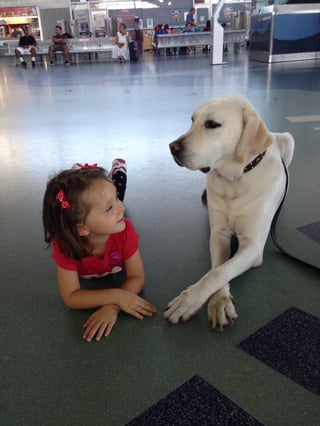 Taft gets a visit from a friend while on break

Tony joined the MSA EDC program in 2004 as a part time handler while still serving actively in the NYPD. He has been stationed at his current job since that time. He was paired with his first canine, Wynn, who was a faithful partner for numerous years. Upon Wynn’s retirement, Tony was paired with his current canine, Taft. Taft is a 3 ½ year old yellow English Labrador Retriever who came to MSA through Guiding Eyes for the Blind. Like the majority of MSA’s Labrador EDCs, Taft is a highly motivated food reward dog, which means during training and while actively working, he is rewarded for an explosive find with food. A young dog, Tony reports Taft is very high energy, but he is a diligent and dedicated worker. He is also a favorite among the passengers, who love to stop and visit Taft on his breaks.

Outside of work, Tony and Taft enjoy spending time at home with their family. Taft relaxes on his off hours with retired EDC Wynn. The dogs particularly enjoy playing with Tony’s 6 and 7 year old daughters. Tony and Taft will continue to patrol and keep thousands of passengers safe every day. Be sure to wave and say hello on your next trip! 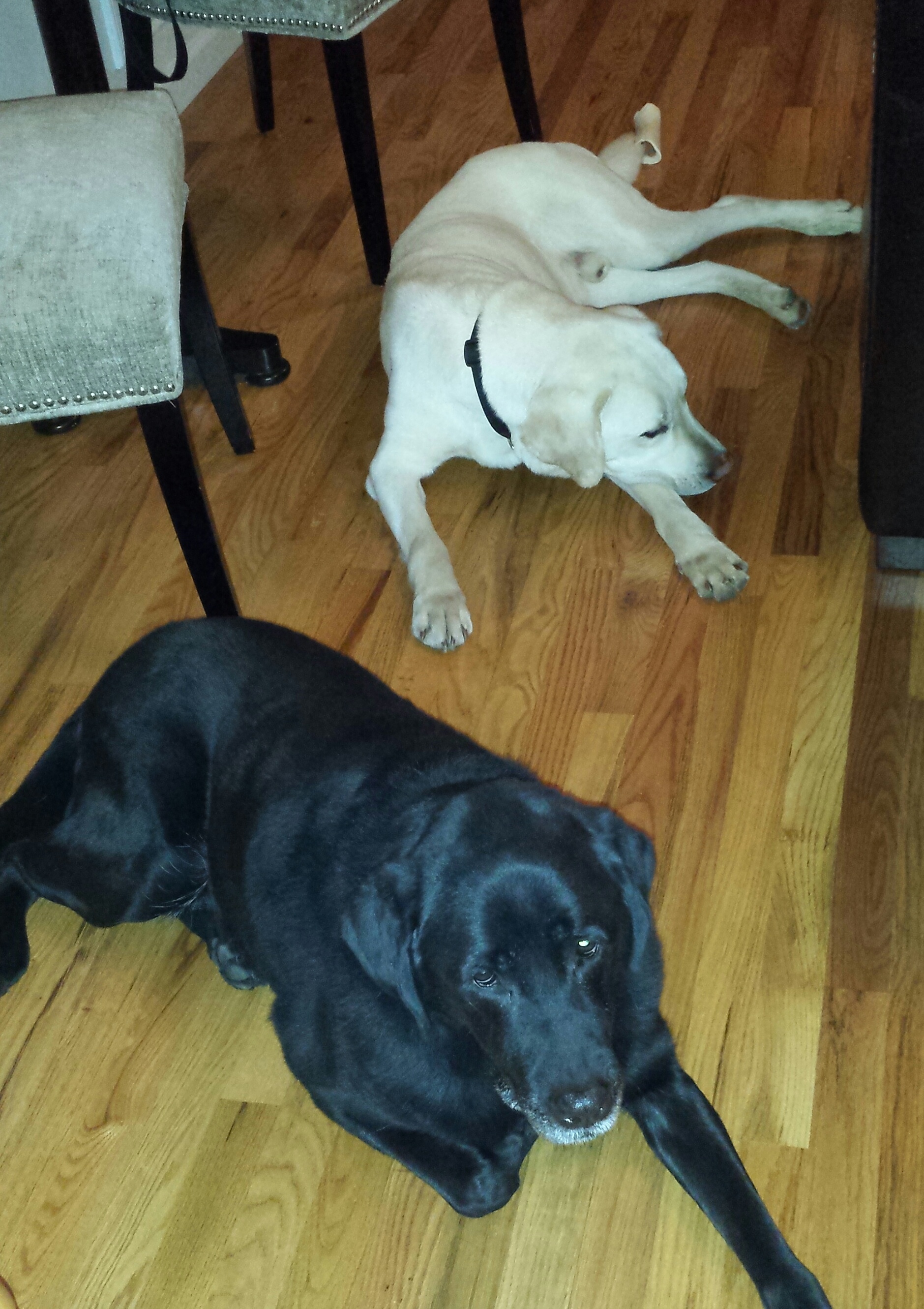 Taft and his retired buddy, Wynn