Zach Rowland fondly remembers the morning he received a text from MSA Security’s Manager of West Coast Canine Operations Jaime Randall inviting him to interview for the position of MSA Windsor Canine Handler. “At that time, I was working as a certified trainer for service dogs, which I enjoyed but I was so excited to get this call and earn the opportunity to get behind the leash again as a handler,” he recalls.

Zach first became a canine handler after joining the U.S. Marine Corps at the age of 17. After years serving in the U.S., this lance corporal and his narcotics detection canine partner, Twix, deployed to Liberia, West Africa, where they aided in that government’s fight against the drug wars. Nine months into his high-consequence deployment, Zach was hit by an IED. 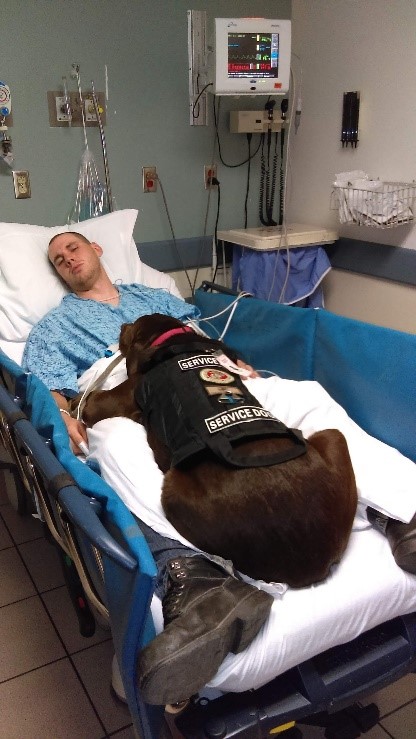 Zach recovering from an IED explosion while deployed in Africa with the U.S. Marine Corps and canine partner, Twix, by his side

After a grueling recovery, which included learning how to walk again, Zach is grateful for his wife, three children and his responsibilities as an MSA Windsor explosive detection canine handler. Twix is still a part of his family, but Betty, a Belgian Malinois, is Zach’s new partner. Unlike when Zach was in the military, where canines were kenneled away from their handlers, four-year-old EDC Betty lives with the Rowland family in Alaska, which is MSA standard protocol and a very welcomed change for Zach. “I bonded with Betty right away and being able to work, live and play with her has only made our connection stronger and enables us to do our job even better. She also gets along great with my kids who are ages 9, 5 and 3,” says Zach. Like all MSA Windsor canines, Betty was carefully selected because of her impressive level of socialization, superior sense of smell, strong drive, intelligence and stable temperament. Zach says she is a real ‘love bug’ at home but at work, Betty is all business.

They began their partnership a little over two years ago at MSA’s state-of-the-art 73,000 square-foot training facility in Windsor, Connecticut, where MSA is one of the few companies licensed by the ATF to purchase, store and train using live explosives. Never training on pseudo-explosive odors is a key distinction in the industry and gives Betty and other Windsor bomb dogs an important edge. MSA trains on all five families of explosives and homemade explosives (HMEs) – including TATP, HMTD, Potassium Chlorate, Ammonium Nitrate and Urea Nitrate. The canines are also imprinted and trained on ammunition and weapons. With an expanding fleet of Windsor Canine Teams, MSA Security currently has six regional ATF-licensed training centers throughout the country, allowing all teams to be trained and tested on live explosives as often as once per month. This is critical in keeping working dogs at the top of their game. 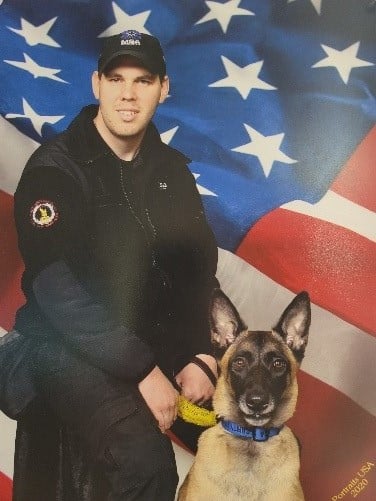 Zach wakes up each morning at 4:00 am to feed Betty and then they head off to Ted Stevens Anchorage International Airport for work. The airport ranks second in the nation for landed weight of cargo aircraft and is in the world’s top five for cargo throughput. To support the operations of an MSA client and leading global freight shipper, Zach and Betty quickly assess large cargo areas for potential explosive threats without disrupting business operations or efficiencies. They have undergone thorough operational training in various cargo configurations including ULD, cookie sheet, homogenized pallet and loose cargo. It is a job they love and one that also brings tremendous benefit to the client. Compared to X-ray screening that can take hours to clear for explosive threats, this dynamic duo can sweep that same-size cargo area in mere minutes.

When he is not working for MSA, Zach volunteers his time to Professionally Trained Service Dogs (PTSD) for Vets, non-profit organization that trains service dogs for veterans and children with disabilities. He also enjoys spending time with his family exploring all of Alaska’s outdoor beauty. His children and three dogs are incredibly close and he notes an especially unique relationship between his oldest son, Riley, and Betty. One morning as Zach and Betty were getting ready for work, Betty was paying particularly strong attention to Riley by jumping up on him to show love and affection. “She was always looking for Riley’s affection, but this morning felt different. I knew she was trying to tell me something,” explains Zach. Moments after Betty gained her handler’s attention, Riley experienced a seizure. “Thanks to Betty, I was there when my son needed me and able to give him his injection. Betty knew. Betty saved my son’s life.” 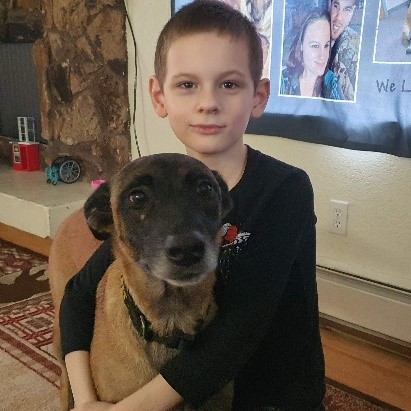