Explosion at the IMF: The Importance of Explosives Screening

An explosion occurred at the International Monetary Fund (IMF) office in Paris, France on Thursday, March 16th. A female executive assistant was reportedly injured after opening an envelope containing an explosive substance. The letter was addressed to the head of the IMF’s European office. The victim suffered non-life threatening laceration burns to her face and hands. Three people were inside the IMF office and 150 in the building at the time of the incident. All occupants were evacuated by French Law Enforcement officials as a precautionary measure. The device used appeared to have been a homemade “pyrotechnical device” similar to a firecracker. The return address listed reportedly came from Greece. 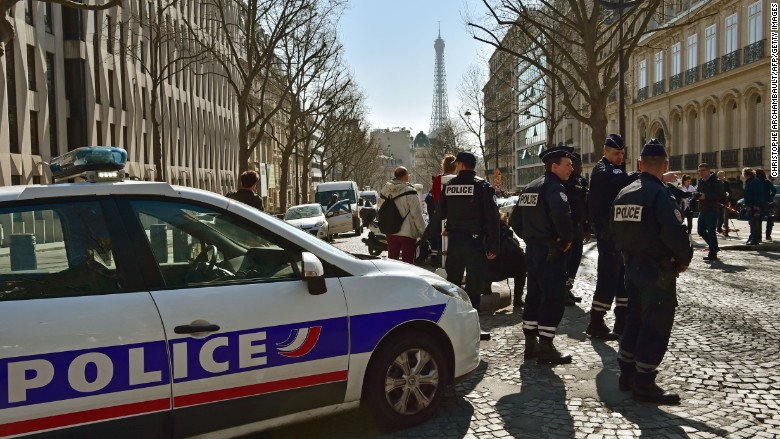 This attack occurred only a day after the Greek anarchist group, the Conspiracy of Fire Nuclei (SPF), claimed responsibility for an explosive package discovered at the office of the German Finance Minister in Berlin. The package had a Greek stamp, indicating it made its way to Berlin through international mail. There is speculation that the attacks could be linked, as a reaction to the austerity measures imposed on the country by the IMF and the European Union. MSA subject matter experts have indicated that the device in the Paris IMF attack appears to be similar to the one used in the Berlin attack. SPF has been active in bombings since 2008 and the U.S. Department of State declared it a terrorist group in 2011.

Both of the devices used this week in the Paris and Berlin attacks resemble package bombs sent by an Italian anarchist group known as the Informal Anarchist Federation (FAI) in 2010 and 2011. The FAI sent letter bombs to the Chilean, Swiss and Greek embassies in Rome. The devices used were identified as “functional letter bombs” with flammable powder but did not contain military or commercial explosives. At the time there was an increase in the use of mail bombs and cargo bombs by terrorist and anarchist groups both domestically and internationally, but new security measures that implemented screening of all mail for high-profile companies and government agencies had relatively deterred this tactic.

These events highlight the importance of strong screening measures for cargo shippers, postal carriers, and mailrooms.

Explosive Detection Canine (EDC) teams, or “bomb dogs” as they are more commonly known, are the most effective bomb detectors. With nearly $19 billion spent on research and development, no machine or technological advancement has proven to be more successful in detecting explosives. They are effective and efficient, searching more rapidly than humans or technology. MSA’s bomb dogs are the best in the private industry, meeting demanding selection requirements and undergoing rigorous training and certification. Our training program is designed to prepare bomb dogs for success in a multitude of operational environments. 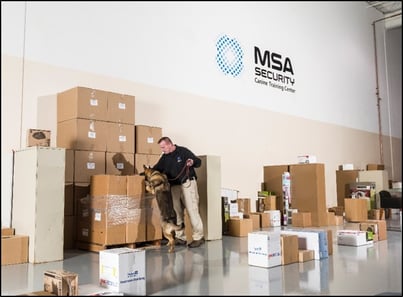 An alternate screening method, effective for the detection of Improvised Explosive Devices (IEDs), is the use of an X-ray machine paired with an experienced Bomb Technician. X-ray screeners should focus on the “PIES” (Power source, Initiator, Explosive, Switch) approach for identifying the components of an improvised explosive device. Most screening is conducted by an entry-level screener rather than a certified Bomb Technician. Screeners may lack the experience to make a proper judgement call when deciphering a suspicious image. The wrong judgement call could result in an unnecessary evacuation costing up to hundreds of thousands of dollars in lost productivity. MSA security provides a cost effective solution through SmartTech™ remote X-ray screener support. If an X-ray screener sees something suspicious or unusual during the interpretation process, the operator can request an MSA Bomb Technician to assist in real-time, 24/7/365. MSA’s SmartTech™ program provides successful screening and peace of mind in explosives detection.