On October 6, the New York Police Department held a special ceremony to graduate 17 new members of the NYPD, and their furry partners, from training. The ceremony introduced the new K9s and their handlers, most of who will now go on to protect the NYC subway system.

These impressive dogs are doing even more than protecting six million daily subway riders—they’re also embodying the spirit and honor of fallen officers. Many of the recently graduated K9s have been named, by their handlers, after a fallen member of the NYPD. 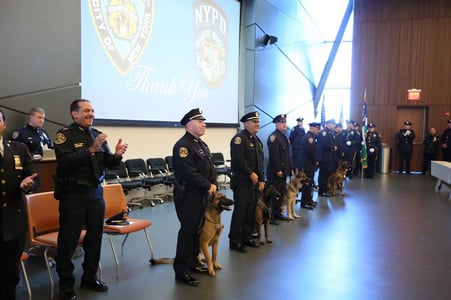 The members of the NYPD expressed how significant it is to them to have the ability to name their partners after such noble and brave NYPD officers. Police Commissioner Bill Bratton articulated the weight that these names hold for himself and other members of the police force, stating “It’s not too often that you get to name your partner…To the officers here today who chose to name their partners after our deceased heroes, I want to thank you for that.” 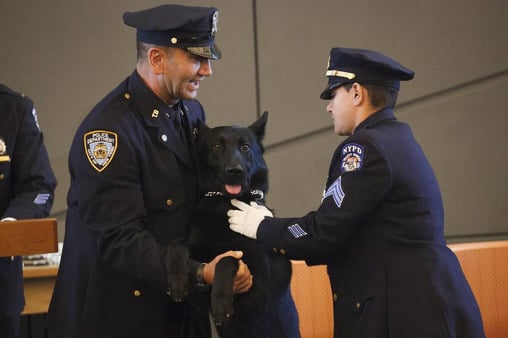 Naming the K9s after fallen officers goes far beyond simply honoring these officers—it serves as a way to remember the stories and actions of those that died on the line, serving to protect. The Patrolmen’s Benevolent Association President, Pat Lynch explains “When someone asks us our canine’s name, we will respond with the story of the person. We will respond with pride and loyalty that can only be exhibited by a police canine.” 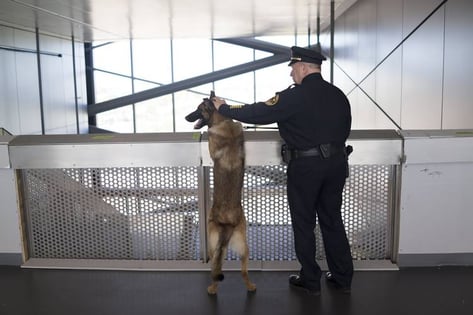 These K9s and their handlers aren’t the only ones that make it a priority to honor and remember fallen heroes.  The Police Officer Michael J. Buczek Little League centers its values around honoring fallen Police Officer Michael J. Buczek, whose name was given to one of the recently graduated K9s.  The league strives to teach the young players of Washington Heights about fair play, responsibility, commitment and the dangers of crime and drug use.

The league shows exemplary respect and recognition of these fallen heroes by allocating the name of a fallen officer to each of its teams. The team represents the officer by wearing their name on the back of their team shirts. The children are taught the story of their team’s officer and learn why it is so important to honor and remember those that have gone above and beyond to serve and protect.