On Friday, U.S. intelligence officials reported that al Qaeda may be planning attacks in New York, Virginia and Texas ahead of tomorrow’s U.S. Presidential election. Although no specific locations were identified, law enforcement and security personnel in the three states are on high alert after being referenced as possible targets. According to reports, the threat may be connected to top al Qaeda commander Faruq al Qatani, who was killed on October 23 in Afghanistan by a U.S. drone strike. The credibility of the threat is still being assessed by the FBI and intelligence community; however, an unknown U.S. law enforcement official stated that investigators are currently looking for individuals that may have information about the threat. Officials stated that the individuals being sought are not suspects, but those who could assist in the investigation. They have been described as one to a dozen people located in the New York area and beyond. 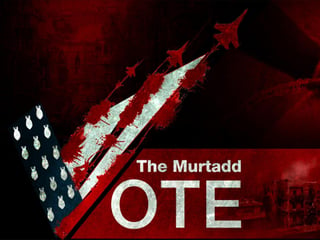 Yesterday, the Islamic State in Iraq and the Levant’s (ISIL) al Hayat Media Center also released a document about the U.S. elections entitled “The Murtadd Vote.” The seven page essay presents a detailed case against the participation of Muslims in democratic elections. The essay also attempts to convince followers to refrain from taking part in the elections or to interfere with the electoral process. It goes on to state “May Allah make this year’s U.S. presidential election a dreadful calamity like no other to have struck America throughout its pathetic history.” The Murtadd Vote is also consistent with previous ISIL publications, which are typically ideological in nature rather than instructional, like al Qaeda’s Inspire magazine. As a result, this type of propaganda could serve as inspiration and justification for sympathizers to carry out attacks during the U.S. elections.

The potential al Qaeda threat and recent ISIL publication highlight the continued interest in U.S. politics by international terrorist organizations and their desire to influence vulnerable individuals in the U.S. to take action. Although there are few details regarding the threat at this time, it is possible that terror organizations and/or sympathizers could carry out attacks ahead of or during the U.S. Presidential Election in an attempt to intimidate the public and impact voter turnout. Additionally, polling stations are particularly attractive targets due to the potential for large crowds and the lack of a strong security posture. Over the past few years, ISIL has successfully radicalized and recruited lone wolf militants to carry out attacks in the west using online propaganda and publications. Furthermore, there has been a recent trend of self-radicalized, lone wolf militants drawing inspiration from several terrorist organizations and sources, including both al Qaeda and ISIL. Due to the geographic diversity and number of U.S. polling stations, it would not be difficult for an individual to carry out an attack near a polling station that lacks adequate security.