MSA Security®, An Allied Universal® Company, recognizes outstanding team members for exemplary service, leadership and dedication with the Michael O’Neil Commemorative Award for Excellence. This award is named in honor of MSA’s former President, CEO and Chairman who led the company for more than a decade prior to his passing in 2020. He was a 22-year veteran of the New York City Police Department. We are proud to honor his memory and service during National Police Week and throughout the year. He was a guiding example in the industry and the following award recipients certainly embody his commendable drive and spirit. 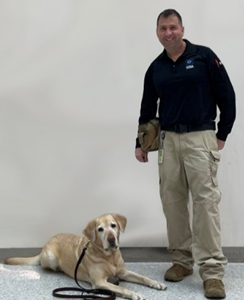 n his nine years as an MSA Security® Explosive Detection Canine (EDC) Handler, Brandon Bowe has never used one single sick day. It is an accomplishment that he credits to a healthy lifestyle and passion for his work. Brandon serves as site lead at multiple client sites, a mentor to new handlers and possesses a perfect success rate in annual NORT/NAPWADA certifications. These accomplishments serve Brandon well in his high-consequence work assignments at a global financial organization. Read more about Brandon and his canine partner, Stacey, in the April Bomb Dog Spotlight. 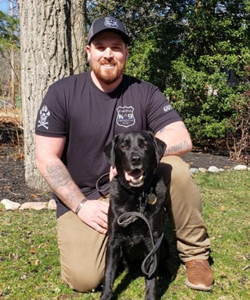 MSA Security® Explosive Detection Canine (EDC) Handler Ryan Carr consistently goes the extra mile and can always be counted on to lend a hand, assist a colleague or assume an extra shift. He and his canine partner, Charley, are valuable assets who lend a strong work ethic and experience to their high consequence deployments. Ryan is a U.S. Army veteran who brings leadership, integrity and teamwork to the entire MSA explosive detection canine operations team. He has also served as a volunteer for his local fire department and first aid and rescue squad. 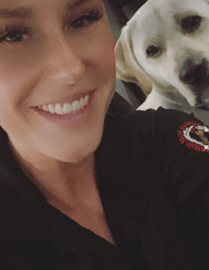 While on post early one morning, MSA Security® Explosive Detection Canine (EDC) Handler Megan Duffy noticed smoke emanating from a garbage compactor inside the building’s loading dock.  She immediately contacted building security and they initiated a call to 911.  Upon further investigation, Megan located a water hose nearby. Without hesitation, she grabbed the hose and entered the smoking garbage compactor to extinguish the growing fire before it could cause further damage or endanger lives. This is just one example of many where Megan demonstrated the courageous and selfless spirit of a highly regarded team member who is an asset to her team and clients. 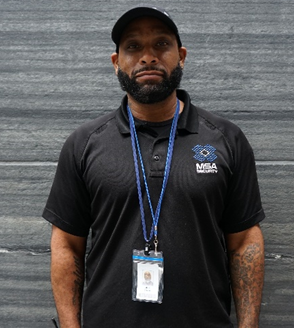 They say that if you love your job, you will never work a day in your life. MSA Security® Protective Services Operative Mark Greaves could not agree more! He is a self-described “people person” with a passion for fitness who has been a go-to operative since joining MSA five years ago. His high-priority assignments in the New York Metropolitan area vary but no matter the post, Mark preforms with the highest degree of professionalism, integrity and leadership. His performance has been integral in building trust and strengthening client relationships. Read more about Mark in this Protective Services Spotlight. 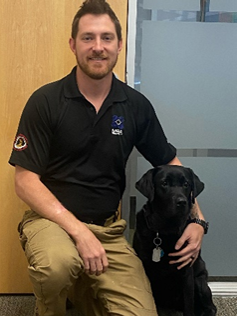 As the lead handler at his client site, MSA Security® Explosive Detection Canine (EDC) Handler Bryan Murray is involved in helping manage all special events in addition to day-to-day operations. He and his canine partner, Lena, perform pre- and post-event sweeps for explosives, secure entrances and exits, and continuously provide the client guidance on best practices for threat mitigation. In his four years with MSA, Bryan has demonstrated a consistent ability to be a team leader. He regularly organizes site-specific training scenarios during off hours to help ensure all MSA handlers are keeping abreast of current and emerging threats to exceed client expectations. Bryan carries extensive experience in the security industry and is a U.S. Marine Corps veteran. 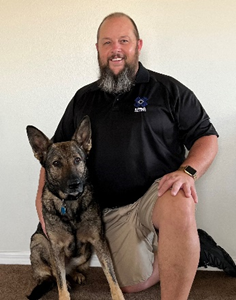 MSA Security® Explosive Detection Canine (EDC) Handler Steve Hood was the company’s first handler to pass testing at an international client site. Given the importance of this new screening program, this achievement signified a major milestone in MSA’s timeline of success. The new contract demanded global teamwork, precise coordination and innovative approaches to standardized methods to meet the unique needs of a client doing business with numerous entities. Steve led by example and his expertise help set a high bar for all MSA handers operating in this space. 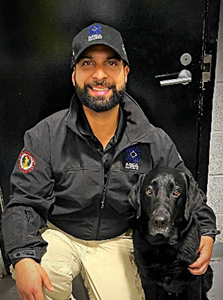 While conducting a perimeter patrol on tour, MSA Security® Explosive Detection Canine (EDC) Handler Jason Lamboy came upon a group of tourists. He immediately noticed that one of them was not looking well and appeared to have fallen ill. He immediately called for assistance. Within minutes, emergency services responded and transported the patient to the hospital where they were treated for heat exhaustion and hypertension.  Jason’s actions undoubtedly prevented a tragedy and quite possibly saved a life.  This is an example of the quick-thinking leadership that serves Jason well on his many deployments throughout Manhattan and makes him an asset to the company and its clients. 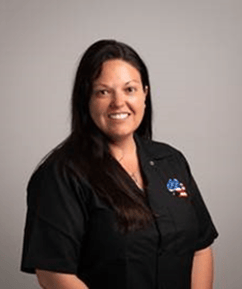 MSA Security® Training Coordinator Pam Lowande relies on her incredible organization and coordination skills to successfully accomplish critical projects with even the most aggressive deadlines. She recently managed a client project requiring the relocation of people, animals and assets from overseas with very little advanced notice. The initiative demanded a tremendous attention to detail, tenacity and diplomacy – all of which Pam delivered with extraordinary grace and an unassuming humility that resulted in a most appreciative client. 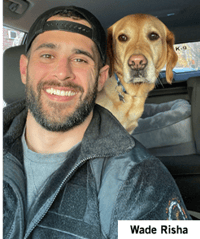 While off duty and walking through their neighborhood one evening, MSA Security® 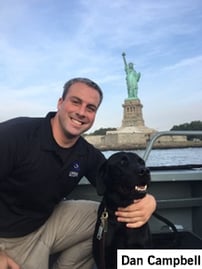 Explosive Detection Canine (EDC) Handler Wade Risha and Field Supervisor Dan Campbell found an unconscious man who was foaming at the mouth. They ran to him and performed CPR, asking a bystander call 911. The two continued chest compressions and rescue breathing until an ambulance arrived. The medics were able to get the man’s heart beating again and subsequently transported him to the hospital. The quick-thinking readiness of Wade and Dan saved a life. 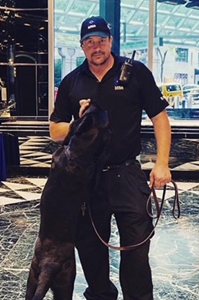 MSA Security® Explosive Detection Canine (EDC) Handler Tom Stanten has managed high-consequence deployments throughout the New York Metropolitan area for nearly five years. Prior to joining MSA, Tom served as a New York City Law Enforcement Officer and Detective Investigator, so he is well equipped to respond to emergency situations, security concerns and hostile threats. One day, while near the United Nations in New York City, Tom found himself right in the center of an NYPD foot pursuit. Without hesitation, Tom stepped in to assist by engaging the assailant and maintaining him against a wall until officers arrived to apprehend the subject. Tom is to be commended for his quick-thinking actions and courage.

Congratulations and thank you to all the recipients of the Michael O’Neil Commemorative Award for Excellence. MSA proudly draws many members of its highly specialized and skilled team from the ranks of former law enforcement.