All of MSA’s Explosive Detection Canine (EDC) handlers emanate from specialized law enforcement organizations or military units. Several of our handlers, such as Staff Sergeant Paul Eldridge, also served as canine handlers while in the military.

Sergeant Eldridge is a 20 year veteran of the US Army. Having come from a long line of military family members, he joined immediately after high school out of a personal sense of duty and patriotism. Over the course of his 20 year career he was stationed in Germany, Belgium, Bosnia, Kentucky, Georgia, and New York. He spent 15 of his 20 years of service as a canine handler for a range of dogs, beginning with a patrol dog, and then moving on to narcotics, explosive, and land mine detection canines. 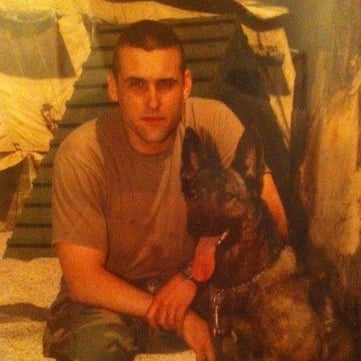 Sargent Eldridge and his Land Mine Detection Canine, Daisy

As an explosive detection canine handler, he worked with his German Shepherd partner, Demon. The two worked diligently for five years, a long partnership in comparison with most military working dog teams. The pair formed a very close bond, spending 24 hours a day together while on deployment. Demon was a play reward dog, which means he was rewarded with a toy and games whenever making a successful find either in training or while conducting a sweep. Like MSA’s EDCs, he was trained to passively respond by sitting and looking at his handler when he detected an explosive odor. Sergeant Eldridge and Demon conducted daily training to keep sharp. At the time of their deployment, explosive threats were not as prevalent as they have become today in Iraq and Afghanistan, so Demon did not have any finds during his career. 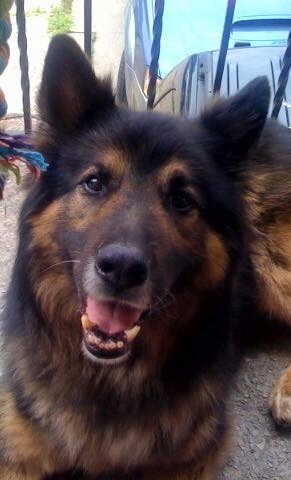 Sergeant Eldridge retired from service in 2007. He immediately reached out to his former supervisor to inquire about adopting Demon. After working together so closely, Eldridge felt Demon deserved a good retirement. As luck would have it, on the very day of Eldridge’s retirement, Demon was being flown back to the US. Eldridge drove to JFK that afternoon and picked up Demon. The pair acclimated to civilian life together and Demon spent the rest of his days relaxing, though he never completely lost the drive to search for the scents he had been trained on. 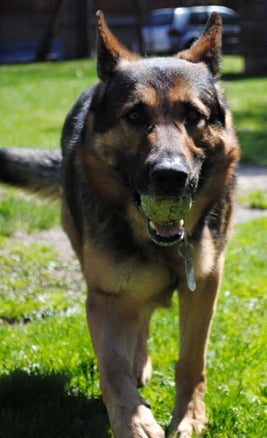