A college student at the Stevens Institute of Business and Arts (SIBA) in St. Louis, Missouri shot an 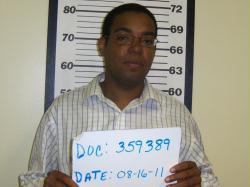 administrator and himself on Tuesday afternoon in another school shooting event that struck the nation. The gunman, identified as 34-year-old part-time student Sean Johnson, shot Financial Aid Director Greg Elsenrath in the chest in his fourth floor office of a school building. Johnson was found with a gunshot wound to his side in the stairwell between the third and the fourth floor.  It is unclear whether he shot himself purposely or accidentally. A handgun with the serial number scratched off was found near Johnson.  Elsenrath had reportedly told Johnson on the previous day that Johnson lost his financial aid and a heated dispute ensued.  According to a probable cause statement, the school shooting occurred after another discussion between the two on Tuesday.  Police arrived on scene within a minute of the first 911 call following reports of shots fired.  Police also searched Johnson’s home Tuesday evening, but have not released information on their findings. On Wednesday, Johnson was charged with first-degree assault, armed criminal action and two firearms violation.  Both the suspect and shooting victim remain hospitalized following surgery and are expected to survive.

Court records show that Johnson has a mental health condition as well as a criminal background. His criminal history includes an incident in 2009 when he tried to slash a taxi driver with a box cutter after which he was charged with unlawful use of a weapon and second degree-assault.  After pleading guilty in 2011, he was ordered to serve five years’ probation and to take prescribed medication for an undisclosed mental health condition.  While on probation in February 2012, Johnson smashed the window of a police car while in plain view of an officer. Moreover, the probable cause statement said Johnson had prior convictions for drug trafficking and drug possession.

Technically this incident is not defined as an active shooter event; however, it had potential to escalate into a mass casualty attack.  The incident is different from the Hazard, KY shooting yesterday at Hazard Community and Technical College, in which the domestic dispute shooter had no connections to the school.  The police in St. Louis instituted an “active shooter” protocol following reports that shots had been fired, ultimately curbing Johnson’s ability to continue firing.  Following the protocol, the police quickly entered and evacuated the building and a SWAT team and dogs swept the building for other victims or attackers.

In most like events, the shooters have had ties or reasons to act out in retribution against their targets.  This is similar to Johnson’s case.  Additionally, his mental state probably played a role in his act.  Impaired mental status seems to be a key element of Adam Lanza’s actions at Sandy Hook Elementary School last month.