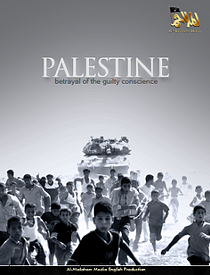 new English-language publication. It was released through the al-Malahem Media outlet, the same producers of the infamous Inspire magazine series. The new release, titled “Palestine: Betrayal of the Guilty Conscience,” is designed similarly to Inspire. From the onset, it is clearly utilized by AQAP to capitalize on the recent conflict in Gaza to renew their continuous call for lone wolf attacks against targets in the U.S. and UK.

The majority of the publication focuses on the Gaza conflict; however, it also includes two high-profile articles featured in past editions of Inspire. Each issue of Inspire typically includes an “Open Source Jihad” section, which offers its readers instructions for varying methods of attack. The latest publication recycles articles on building pressure cooker bombs and car bombs, which were featured in the first and twelfth editions of Inspire. In the adapted version of the car bomb article, AQAP suggests new possible targets.

• United Kingdom: The Royal Military Academy in Camberley, Marks and Spencer stores during Friday prayers and the Thames House in London.

It is very apparent that the Gaza conflict is utilized by AQAP to rebrand its English language propaganda as well as remain relevant amid the shifting terror landscape and the current global focus on the Islamic State. Like Inspire, the magazine attempts to inspire lone wolves to attack western targets at home or abroad, utilizing worldwide events as motivating factors. Also included is an image of a timeline of past attacks against Israeli and American targets, with the last space left blank (see image below). This seems to be another motivational tactic to encourage readers to “fill in” the details with their own attack. Of particular concern is the adaptation of the old Open Source Jihad articles with updated suggestions of targeting preferences. AQAP is always looking to provide new ideas of targets to help motivate potential lone wolves and guide their planning. Additionally, the revised versions include images of the Boston Marathon bombers, Tamerlan and Dzhokhar Tsarnaev, and attempted Times Square bomber Faisal Shahzad to showcase how lone wolves can be successful. For example, Shahzad built a car bomb similar to the one described in the publication, which would have detonated had it been assembled properly. Additionally, the Tsarnaev brothers allegedly utilized pressure cooker bomb instructions from Inspire. Overall, the tactical guidance provided in the magazine is nothing new, but packaged in a different way to further embolden potential terrorist actors.