Over the past two weeks, police found a series of suspicious devices on Staten Island. On the morning of September 14, police located a suspicious package in Grimes Hill that contained “components of an improvised explosive device (IED).” According to authorities, at least two other “hoax devices” were also discovered on Staten Island containing similar components. These devices were found in a suitcase on September 2 in Port Richmond and in an unattended backpack on September 12 in Randall Manor.

In response to the devices, the NYPD formed an investigative task force, including Staten Island detectives and investigators from the Arson and Explosion Squad. The latest reports state a le 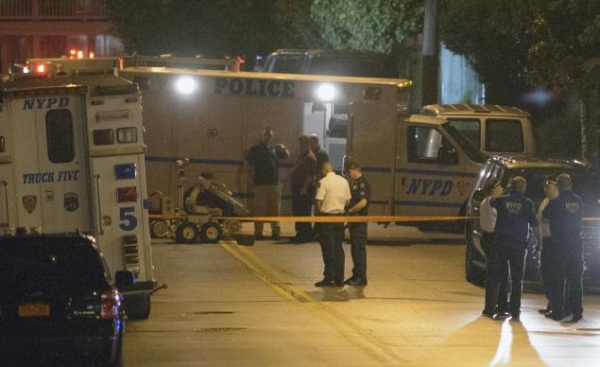 tter was left at one of the scenes where a device was found. The letter, written in Spanish, contained a threatening message against someone who lives on Staten Island.  The NYPD reached out to the person targeted in the letter who was unsure why his name was mentioned. Additionally, a search warrant was issued by police earlier this week, but no arrests have been made and police have not released any details about potential suspects.

The three hoax devices contained common elements in devices that can be found in anarchist literature, malevolent websites and TV/movie props. These items included clocks, wires, fuse, bottles containing flammable liquids and small gas cylinders. All of the hoax devices contained varied items, but none had all of the components for a proper initiation train. The components were also not connected together, rendering the devices inoperable. If the devices were employed properly, they would have been flammable in nature, rather than explosive, given the involved components.

The Pentagon spent 19 billion dollars researching methods of detection, and concluded that the most effective tool used in explosives screening is a canine. An Explosive Detection Canine Team (EDC) is a highly visible deterrent and a mobile asset which can respond quickly to unattended items, bomb threats, and any required security sweeps.