Last year MSA announced our new “CEO’s Meritorious Action Award” a special recognition for employees who have gone far beyond their duty on the job. We are happy to announce 2019’s winners! MSA Security is extremely proud of our employees who go above and beyond every single day. 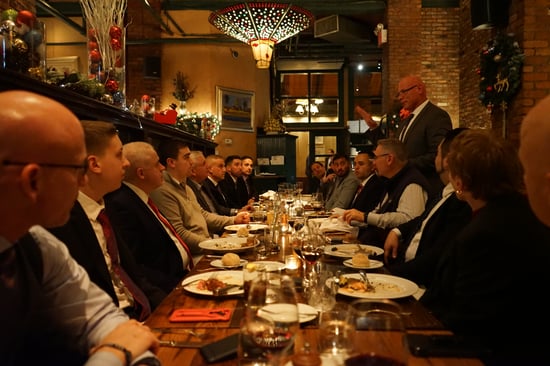 Scarlett St. James: On 6 occasions, Scarlett has reacted promptly and tactfully when screeners alerted her to a gun in an x-ray machine. Without causing alarm to other guests, Scarlett isolated suspects, secured weapons and notified management and police. This, in most cases, has the suspect arrested without disrupting operations. Scarlett is a dedicated MSA employee, picking up last minute shifts as others need off. She regularly receives praise from C-Suite executives at our client location, requires little direction to complete assignments, and is a go to operative.

Juan Mollfulleda: In May, Juan provided life-saving assistance to an employee suffering a medical emergency. Due to Juan’s efforts, the employee is alive and well today.

Phil Cervone: In August, while working a post in Times Square, New York, Phil was conducting a routine patrol on W45th Street when a motorcycle on 7th Avenue backfired. At first, people thought there was a person with a gun who had opened fire and mass hysteria ensued. Large crowds of people began running and screaming in all directions while the NYPD tried to maintain order. Phil assisted the NYPD and our client’s in-house security by calming the general public and protecting our handlers and EDCs on site. He assisted in maintaining a high level of security amidst the chaos. Once the dust had settled and the public was assured that this was a motorcycle backfire and not a mass shooter, Phil took roll call and ensured the safety of not just our handlers and dogs at that client site, but sites surrounding. Phil kept in contact with the field supervisors from MSA to ensure the safety of and communication with our handlers. In total, the chaos went on for approximately 20 minutes before order was restored. Phil stepped up and went above and beyond that of a handler for MSA.

Ethan Kelley: In October, Ethan observed an Uber car with a woman in the back quickly drive into the checkpoint at his post. Ethan immediately noticed the woman in the back was going in and out of consciousness and acted quickly by notifying 911 and maintaining the woman’s airway so she was able to continue breathing until paramedics arrived. It became apparent the woman was overdosing and was not able to maintain her own airway. When paramedics arrived, they administered NARCAN and were able to revive the woman. She was then removed by EMS and transferred to the hospital for further evaluation. We commend Ethan for his life saving efforts and thanked him for his assistance in ensuring the woman’s safety.

David Ianelli: David maintains a stellar reputation with the client at his primary location and sets a high bar for fellow handlers there to strive for. Since David joined MSA in 2008, he stepped up into a mentor role and we have counted on him to coach handlers newly assigned on site-specific requirements and nuances. He has done an outstanding job to date and has even turned down a promotional opportunity to remain at his present post. Dedication, competency, enthusiasm and corporate loyalty at this level are extraordinary and as such should be recognized.

Eric LaTulippe: In mid-October, Eric and K9 Dolly were patrolling one of the main parking structures at his post as a visual deterrent, when he noticed a man who appeared to be looking into several parked vehicles.  When the man attempted to open the door of one of the cars, Eric reported him to security over the radio and eventually saw him enter a parked SUV. He maintained sight of the subject and guided responding security officers and Los Angeles County Sheriff’s deputies to the vehicle. The man was subsequently arrested for vehicle burglary and is also believed to be responsible for several previous thefts at this location. Eric has been with MSA since June 2018 and has worked at a wide variety of locations in the Los Angeles area. He has distinguished himself as a very reliable worker who maintains a strong attention to duty and readily takes on additional assignments and responsibilities. Eric Is often assigned at this post, and the staff there enjoy his and K9 Dolly’s presence, positive attitude and work ethic.

Ernesto Guzman, Becca Gonzales, Ray Cota and Andres Aguilar all passed the TSA Covert Testing in our initial year of regulated screening. Their dedication to consistent training with their canines and attention to detail are a huge step in our success in the TSA Third-Party Canine Program.

Out of the award winners we pick a "grand prize" winner and this year it went to, Elias Rosado!

Elias Rosado: In May of this year, watching CCTV footage in Newark, NJ, Elias witnessed a violent assault which caused the death of the victim some time later. Though the perpetrator got away after the incident, Elias delivered critical video evidence to the Essex County Prosecutor’s Office Homicide Task Force capturing the unique dress and footwear of the subject. While present at an ATM the following day, Elias noted the distinctive red sneakers the subject wore during the crime and realized he was standing near the killer. He selflessly followed the subject making notifications to our client and the Newark PD, all the while vectoring in the response that led to the killer’s speedy apprehension. 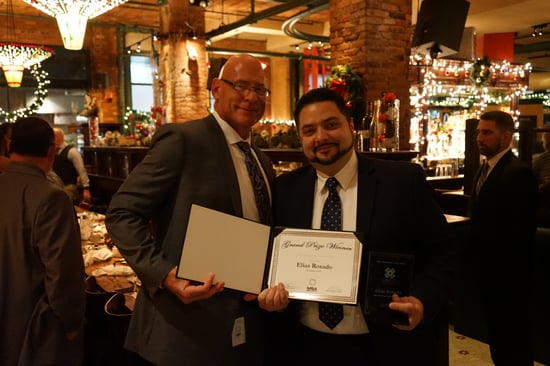