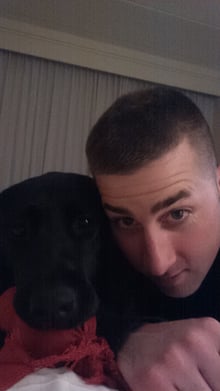 Explosive Detection Canine Handler, Brendan, has only praise and love to show for his furry teammate, Ziata (pronounced Zee-ada). Brendan and Ziata have been a team for about 2 years now, and they’re both loving every moment.Brendan is an active member of the Army Reserves, where he serves in the Military Police Combat Support Unit. Being in the military means Brendan does need to leave Ziata at times, but she’s always left in great hands with Brendan’s brother and his other 2 Labrador Retrievers. 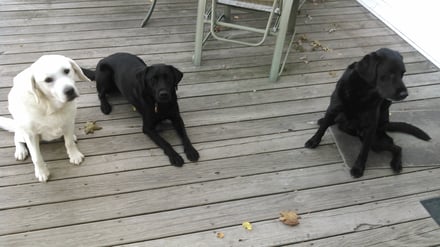 Ziata (middle) with her sister Lilly (left) and Roxy (right)

Ziata is a 3 ½ year old American Black Labrador Retriever. Like most of our EDC Canines, she is food reward, and of course loved by all. She was raised through the Guiding Eyes for the Blind Program, but was better suited for the exciting world of detecting explosives. Ziata and Brendan are primarily stationed through-out New York, but recently they were able to travel to Chicago for a quick job! 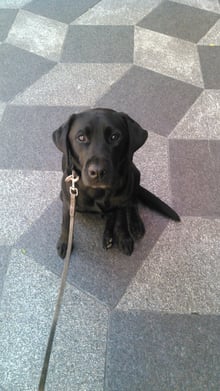 Ziata ready for the next job!

Whenever you see Brendan you know Ziata is not far behind. They are “best friends” and she follows him around constantly. When Brendan first got paired with Ziata, she was a bit skeptical of him, he says “she would watch every move I made…we had staring contests for the first couple of days”. Now Ziata is smitten, while sometimes she still watches Brendan, it’s strictly out of love. 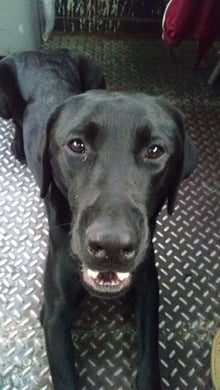 While Ziata loves to play, swim, and run around with her sisters on her time off, she definitely has a “work-mode” switch. When on the job Ziata is focused solely on the task at hand. Brendan tells us, when people approach her, she waits for his approval to say hello. So if you see Ziata and Brendan around New York, feel free to say hi and give Ziata a belly rub! 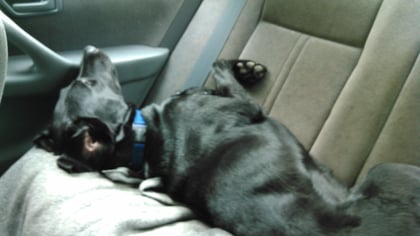