Travelling across the domestic United States are MSA handler, Dan Campbell and his canine, Malta, working hard to keep people safe. The team works at various venues hosting sports, entertainment, and tourist events spanning Buffalo, New York to Los Angeles, Southern California. The dynamic duo has been partnered for a year and a half, and hope to work together for another four to five yea 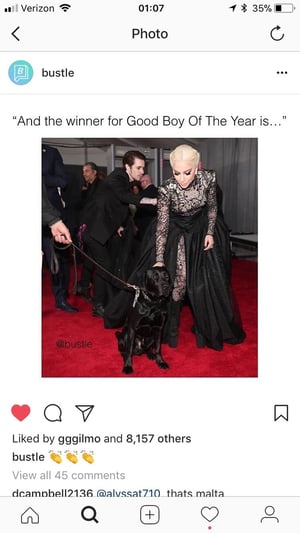 Prior to working with MSA, Dan joined the Marines in 2007. At the onset of his military career, Dan attended boot camp at Parris Island, then was stationed at Camp Pendleton in San Diego, California. His combat unit was deployed to Afghanistan for active duty with a mission to train Afghan police officers and soldiers. Their troops would shadow U.S. Marines on patrols and would live with them the majority of the time they were on missions. Living in the Middle East for an extended time period proved challenging enough for Dan as he missed being away from his family and friends. The only means of communication were the occasional letter, but even writing letters was not reliable because they lived in such remote locations. Aside from this, Dan explained that there was no running water or electricity at their stations. Dan also details the challenge of training for the unexpected in combat. While it is difficult to prepare for unexpected events like firefight and surprise ambushes, it’s even harder to try to train members of another army at the same time.

It wasn’t until later in his military career that he started working with canines. They were always incorporated into the missions, but Dan primarily worked with explosives and took two to three-week on-the-job training courses working with canines finding IEDS and weapons caches. His experience in the Marines prepared him for his job as a handler with MSA because he had exposure to working with explosives and canines, adapting quickly to different situations, working at different sites each day, and working an ever-changing schedule. Dan received many accolades for his service including two combat meritorious promotions, a handful of medals, and the Navy Marine Corps Lifesaving Medal before completing his active duty requirements in 2012.

His latest claim to fame was responding to an on-site fire incident while working the last Coachella music festival in California. He was working a post around the campsite where many RVs park. One generator overheated starting the fire. Dan and another MSA handler smelled smoke and felt heat waves. The flames quickly grew and began to melt the surrounding tents and camp site vehicles. Dan and Alex evacuated everyone from the site until first-responders arrived. Additionally, on September 6th, Dan was a recipient of the MSA Security CEO Meritorious Action Award, a special recognition for employees who have gone far beyond their duty on the job. His  selflessness is honorable and we thank Dan for his bravery. 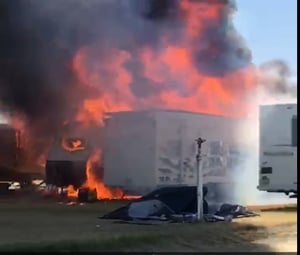 Malta is a black English Labrador who is three and a half years old from Athens, Georgia, and like most working labradors, Malta is trained for “food reward” work. When he isn’t hard at work, Malta is a socialite who loves to play and wrestle with other dogs. Dan explains that Malta is always attentive, waiting to interact with anyone that crosses his path on and off the job if not actively working. In his free time, Dan remains just as active as Malta. He loves to be outdoors at the beach, scuba dive, play softball, and golf.