Every Thursday through Saturday evening, Tom and Boots put on their MSA collars and head down to the New York Stock Exchange for the overnight shift at the vehicle checkpoint. Tom and Boots have worked together for 2 ½ years, protecting various New York City landmarks from explosive threats. It is the first MSA partnership for both. The pair has a strong bond, making them excellent colleagues and friends. 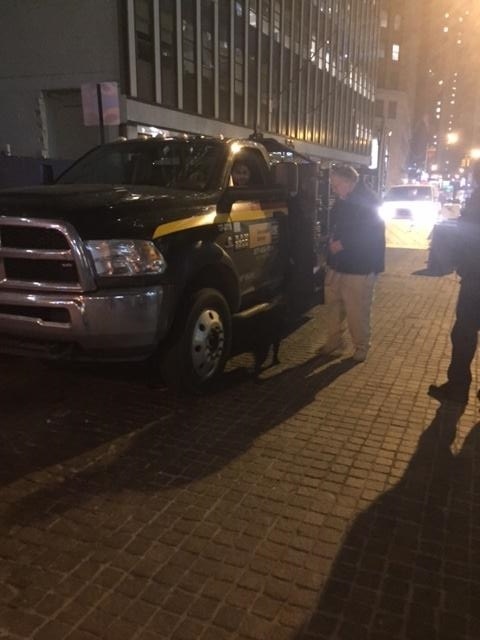 Tom is a retired NYPD Officer with 21 years on the job. Tom’s father was a police officer, and his grandfather before him, so entering law enforcement was a natural choice. He faced many challenges and successes over the course of his career. In the early days, his focus was on learning the ropes and getting promoted. Later on, after being promoted to Sargent, he grew dedicated to honing his leadership skills.

One of the most rewarding moments of Tom’s career came on a regular day in the middle of his career. While out on patrol, he approached his partner who he noticed was bent over on the sidewalk. His partner was holding a 2 year old baby girl who was struggling to breathe. The girl’s panic stricken father told them she had been eating chicken soup – she was choking on a bone. Tom instructed another officer to call for EMS immediately. He turned her over in his hands, began to administer the children’s Heimlich maneuver and was finally able to dislodge the chicken bone.

While with the NYPD, Tom gained canine experience working as a handler with a patrol dog, Spike, for 7 years. Spike was a 100 pound pure bred German Shepherd, trained as a praise reward working dog. Tom uses the skills he gained as a canine handler in his current role with Boots.

Tom and Boots both thoroughly enjoy their job protecting the stock exchange. At times it can be a difficult post. The checkpoint is frequently busy with significant vehicle traffic, and the overnight shift can get awfully cold in the winter. But with these challenges in mind, Tom insists it is a wonderfully rewarding job. The neighborhood is a close community, and he and Boots, along with the other canine teams at the checkpoint, have received a warm welcome from the residents and employees in the area. Boots is affectionately known by her friends as Bootsy, Botas, Botitas, and even Princess of Wall Street. But her friendliness never impedes her work. When it is time to get to work, she is diligent and attentive. 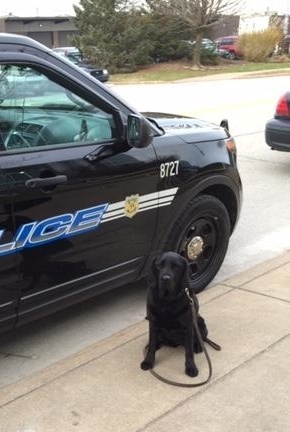 After work, Tom and Boots drive home, outside of the city, where Boots enjoys lots of space to run around and relax. She has two friends at home, a Pitbull named Caine and a cat named Paisley. Boots recently celebrated her 5th birthday this past Friday (December 4th) with some treats. At 5, she has several good years of work ahead of her, after which she can enjoy a leisurely life of retirement with her friends Caine and Paisley at home.